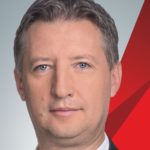 Zoran Zimbakov was born on September 9, 1972 in Strumica and lives in the village of Bosilovo. He completed his secondary education in Skopje at “Zdravko Cvetkovski” – geodetic department/geodetic technician. In 1997 he graduated from UKIM at the Faculty of Civil Engineering – Department of Geodesy. He is fluent in English and works with AutoCAD and other CAD and GIS software. In the period 2001-2006, as a facility manager and project manager, he worked at ADG Mavrovo – Skopje. From 2006 until the local elections in 2017 he worked in the municipality in the field of Local Economic Development, Communal Services and Urban Planning, where he participated and prepared regional and international projects.

He has declared only personal property valued at 37,628 Euros. They include a construction and agricultural land, as well as a land under construction, as well as an auxiliary house, all in Bosilovo. He has also declared an Opel Vectra worth 1,950 Euros.

The value of Zoran Zimbakov’s property amounts to 37,628 Euros and is calculated according to the data published on the website of the State Commission for Prevention of Corruption.

According to the media, the mayor has not submitted a statement of interest after the appointment.